While fuel economy and practicality have a place in new car showrooms, there are still a small number of cars that cater to those new car buyers who love to drive. And when I say love, I mean driving enthusiasts who may actually take their road car to a race track for an occasional day of driving fun.

To do so, enthusiasts want a car with rear-wheel-drive, a manual transmission, descent power-to-weight ratio, and the proper suspension, brake, and tire hardware to get you going fast without falling apart. And all for under $100,000 please. 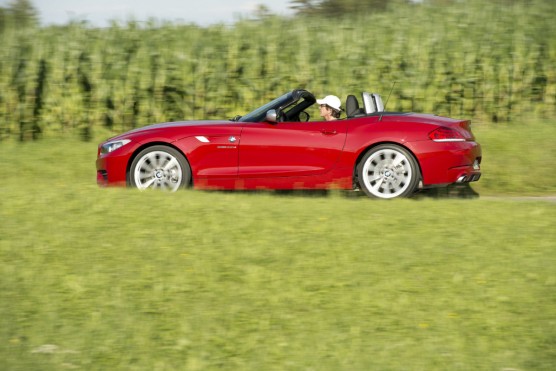 Im expecting a new-generation M3 sedan to pop up at next months Paris auto show. Speculation says to expect a turbocharged-six-cylinder engine and an automatic gearbox only. So I nixed that car. And BMWs so-called sports car, its Z4, comes only with a slushbox in its sportiest sDrive35is form.

Which leaves the soon-to-depart M3 Coupe as one of the last Bimmers for enthusiasts. Not that the M division two-door is a compromise. With a proper suspension and interior accoutrements, the $71,700 M3 coupe is sweetness on wheels both on-road and on-track. And with 414 horsepower and 295 lbs.-ft. of torque from its naturally aspirated 4.0-litre V8, the six-speed manual gearbox BMW can scoot from 0-100 in 4.8 seconds. 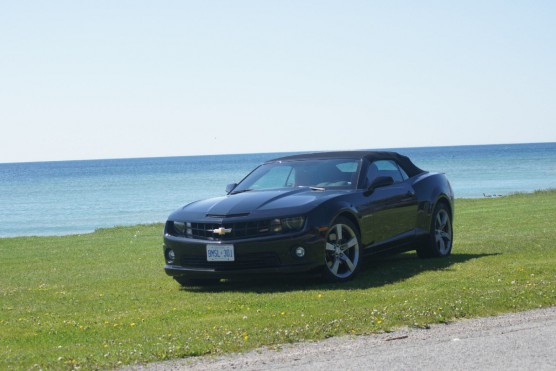 Just as the original Camaro followed the Ford Mustang, the track-worthy SS 1LE is a response to the new Boss 302 (see below). Whilst using the SS naturally aspirated 426 hp and 420 lb-ft 6.2 L V8, the 1LE can only be had with a manual gearbox, resulting in an under-five-second 0-100 km/h run.

The rest of the estimated $45,000-plus 1LEs best bits come straight from the top-line $58,000 Camaro ZL1, including heavier duty roll bars, rear shock mounts, fuel pump, half-shafts and wheel bearings and bigger-yet-lighter (20-inch) tires and wheels. The SS 1LE is still one of the largest and heaviest cars here (almost 1,800 kilograms), but its the Camaro for those who love to drive. 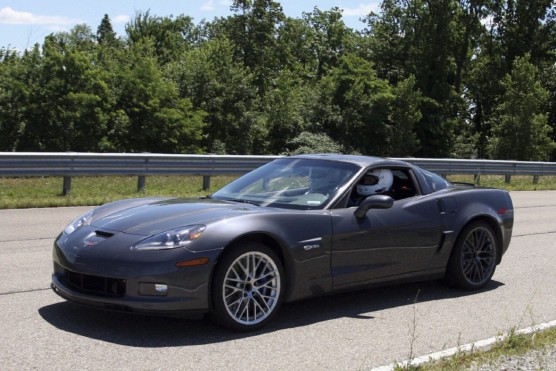 With General Motors Chevrolet brand pushing hybrids (Volt and Malibu Eco) and more small cars than a toy shop (Spark, Sonic, Cruze, Orlando, Trax, etc.), its easy to forget about enthusiasts cars like the Camaro and the even older CorvetteAmericas sports car. But those who love to drive shouldnt. 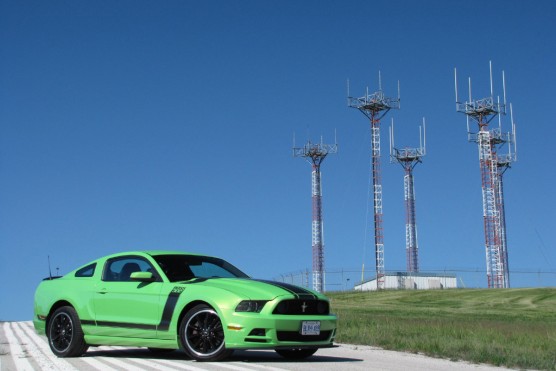 Despite the lack of an independent rear suspension, the $48,799 Boss 302 is the best-handling Mustang ever. Its naturally aspirated 5.0 L V8, with 444 hp and 380 lbs.-ft. and six-speed manual, rocket the Ford to 100 km/h as quick as the above-mentioned Vette. Now add the $8,500 Laguna Seca (named after the California track) package and your Ford is ready for the track and road. 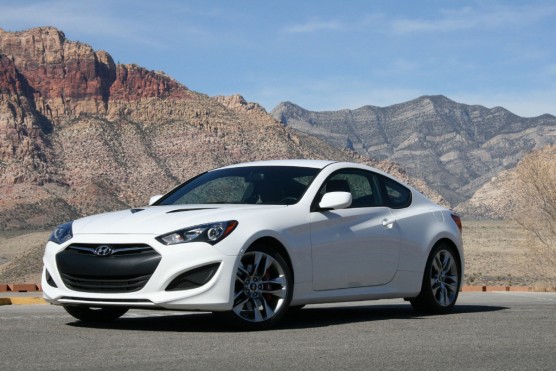 Its no M3, Camaro, ‘Vette or Mustang. But this Korean coupe costs almost half as much. Yet that doesn’t mean it’s not worthy of a test-drive from enthusiasts. Yes. There’s a more powerful six-cylinder version, but drivers will want to stick with the Genesis Coupe 2.0T’s blown-four motor in the $28,799 R-Spec model.

The Hyundai’s 274 hp and 275 lbs.-ft. 2.0 L turbo-four and six-speed manual won’t blow you away in a straight-line. Zero to 100 km/h is a relatively leisurely 6.5 seconds. However, R-Spec add-ons like Brembo brakes, firmer suspension, limited-slip differential, and 19-inch wheels with summer performance rubber, creates a blank piece of paper that’s crying out for some aftermarket attention. 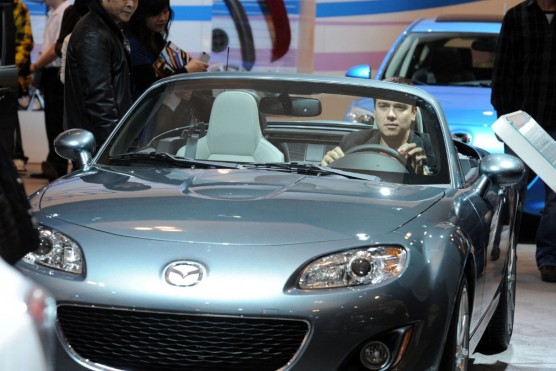 Lightweight British roadsters from the early 1960s may have inspired it, but over a half-century later, the Mazda two-seater is the closest thing to bottled happiness on four wheels. And the driver-oriented $33,995 SV version is my pick for purists.

A six-speed manual gearbox mated to the naturally aspirated 2.0 L straight-four with 167 hp and 140 lbs.-ft. can scoot the roadster to 100 km/h in only 7.5 seconds. But the MX-5 SV’s relatively light weight (1,182 kg) means it leaps into corners. Its chassis is stiff and wonderfully balanced. Even with low-profile rubber, its ride quality is decent. Plus the Mazda’s surgical precision from its steering and communication from its chassis make it a joy to drive, even if just around the block. 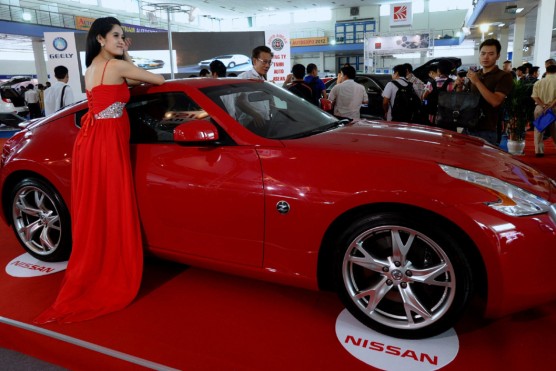 The Zed’s naturally aspirated 3.7 L V6 makes 332 hp and 270 lbs.-ft. 0-100 km/h takes only 5.3 seconds. Inside, the Nissan you sit suitably low. The view forward is all bulging hood. And Nissan has upgraded this version with more leather, soft-touch plastics and better fit and finish. On the road, the Z’s steering offers excellent on-centre feel and feedback; turn-in is crisp and responsive, while its handling always feels nicely balanced.

If enthusiasts conveniently forget about the SUVs and sedans in Porsche’s lineup, we’re left with the type of vehicles that made the brand: sports cars. And the $69,500 Boxster S is the first of three such vehicles to make my list.

Like the Cayman R and 911 Carrera below, the new-this-year Boxster S roadster utilizes a naturally aspirated 3.4 L flat-six. Here it makes 315 hp and 265 lbs.-ft. Matched to a six-speed manual, it goes from rest to 100 km/h in 5.1 seconds. The mid-chassis placement of the Boxster’s engine defines its overwhelming handling characteristic — balanced. With a near-ideal 46:54 front-to-rear weight distribution, there are less centrifugal actions tugging on your intentions when connecting apexes.
TDR is offline
Quote
post #3 of 3 Old 08-22-2012, 01:09 PM Thread Starter
TDR
Senior Member 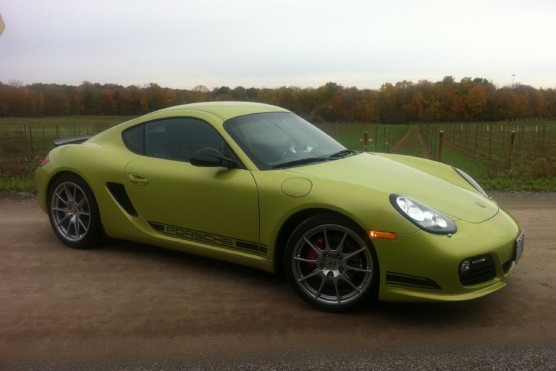 A new Cayman is due in 2013. Until then, though, driving enthusiasts won’t be disappointed with the $75,600 R. Aluminum doors, lightweight 19-in alloys, one-piece bucket seats, the deletion of the radio and other interior bits (i.e. A/C) and a 10-litre smaller (now 54L) fuel tank shave some weight. And with 330 hp and 273 lbs.-ft., the hard-top makes a bit more juice than the newer (and a bit heavier) Boxster S soft-top, shaving one-tenth of a second form its 0-100 km/h time.

Underneath, the R’s suspension’s been slammed by 20 mm. A rear locking diff prevents squealing tires on track days. Its steering is brilliantly clear and accurate— the appetizer to a menu that will have you eating corners. Throw in the exhilarating cackle from the optional ($3,210) sports exhaust, plus the straight-up support from the five-point-harness-ready alcantara/leather seats, and the R delivers a pure sports car experience Cayenne and Panamera owners can only read about. 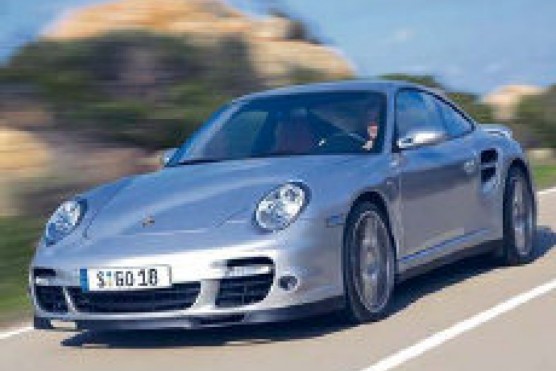 As most 911 buyers opt for something with all-wheel-drive or more power, the base model Carrera (350 hp, 287 lbs.-ft./$93,700/rear-wheel-drive/seven-speed manual) is an endangered species. But that doesn’t mean enthusiasts should let it out of their sights.

Even in so-called “base” trim, the Carrera still reeks of Porsche’s legendary engineering heritage. Every piece of hardware the driver interacts with (steering, gearbox, brakes, accelerator) push back with a solid and precise response. Even on frost-heaved backroads, its suspension is fairly limber with little or no float; stiff enough to keep the chassis moving as little as possible, but with plenty of information still being transferred through the steering wheel. Yes. The new Carrera is more grand tourer than pure sports car. But it’s still a car for drivers. 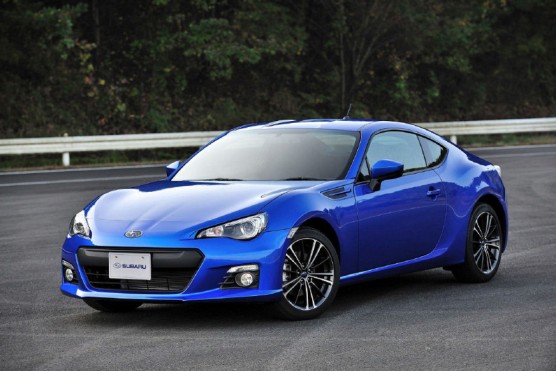 The badges read “Scion” and “Subaru,” but this pair of sports coupes are the poster children of Japanese parent Toyota’s bid to become relevant again with enthusiasts. As you may know, the mid-1980s Corolla GT-S coupe was the inspiration. So the $25,990 Scion and $27,295 Subaru (the BRZ comes with more standard kit) twins are relatively basic, rear-drive 2+barely-2’s, with a 2.0 L naturally aspirated straight-four making 200 hp and 151 lbs.-ft.

Even as flyweights (both weigh-in around 1,250 kg), with a six-speed manual, 0-100 km/h takes around 7.5 seconds. But it’s the handling that makes these cars unlike your grandma’s Corolla. The Scion has a slightly softer suspension setup, but both are agile and easy to point into turns. There’s not enough power to become a drift king. But the FR-S/BRZ are definite best-bangs for your enthusiast bucks.